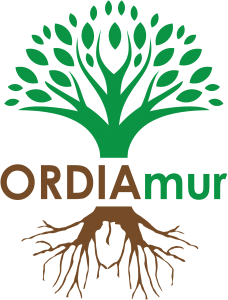 Project aim
ORDIAmur aims at gaining a deeper understanding of the processes resulting in replant disease in order to develop tools for overcoming the disease. For the soil strategies to restore organismic communities will be established. On the plant site tolerant rootstocks shall be developed.
Motivation
Replant disease, also described as soil decline, is known since decades, the causes, however, are not understood. Poor vegetative development, stunted growth and reduced yield are visible plant reactions. In annual plants, crop rotation and partially changing the cultivation sites are measures to overcome replant disease. These possibilities are usually not available for woody species being produced in nursery and fruit production centers. Replant disease is of special importance for members of the Rosaceae family, but has also been reported for some other crops, e.g. vine. The replant diseased soils can not be used for up to 20-30 years, unless soil disinfection is applied. The used substances are ecologically harmful, and the development of other approaches is absolutely essential to maintain a sustained soil productivity.
Expected results

1.  Prediction of presence or absence of soil decline by bio-tests, plant and soil indicators.

-> Measures to increase the microbial diversity in the soil

-> Breeding of rootstocks with tolerance against replant disease

-> Inoculation of plants with beneficial endophytes to achieve “immunization”

3. Implementation of operational innovations into considerations of social economic prerequisites.

4. Transfer of the ORDIAmur consortium results into public (internet platform).

•    ARD develops on all soils, but its severity differs depending on soil characteristics with light (i.e. sandy) soils leading to more severe ARD

incidence
•    When grown in ARD soil, apple roots express an extraordinary stress response, which is characterized in detail in terms of the metabolites.
•    Root morphology and root endophytic communities undergo severe changes in ARD soils.
•    Isolated endophytic bacteria and fungi from roots grown in ARD soils are available and can now be tested for their interaction with the plant or

potential causal agents
•    Among the proposed causal agents of the ARD disease complex, nematodes and their associated microbiome, bacterial genera in the

rhizosphere (Streptomycetaceae and others) as well as inside apple roots (Streptomyces), fungal genera of the family Nectriaceae and

oomycetes in the rhizosphere were identified as important actors. 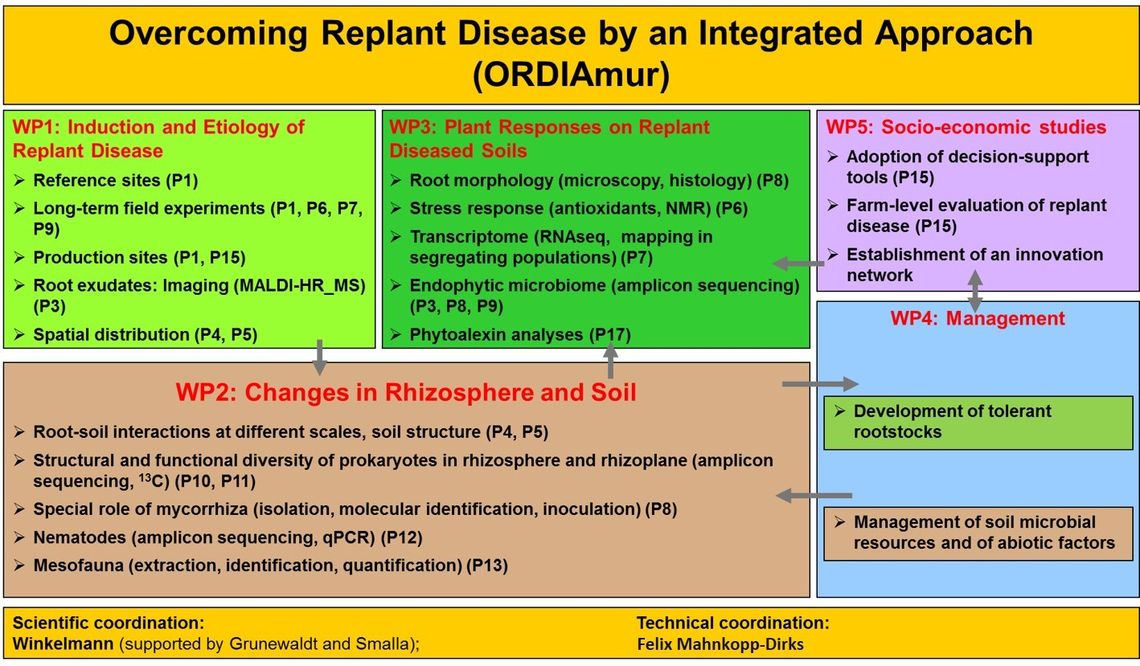