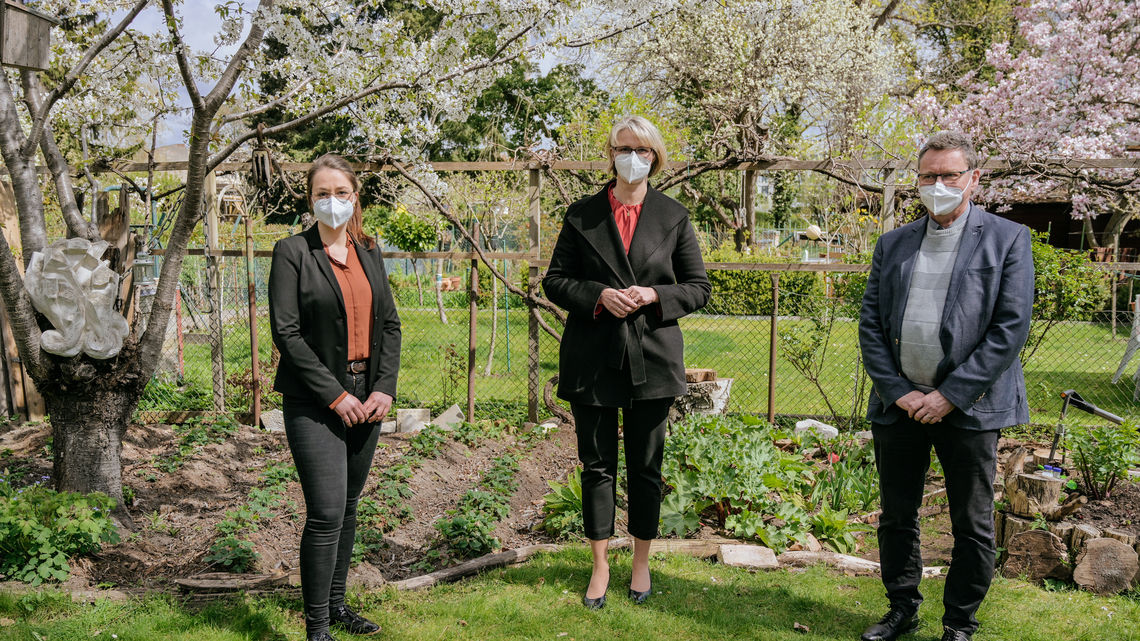 With the cooperation of scientists from the BonaRes Centre for Soil Research and the Helmholtz Centre for Environmental Research (UFZ), a nationwide citizen science campaign is starting these days with the project "Expedition Erdreich". Participants will use soil science field methods and the "Tea Bag Index", which is used to determine decomposition rates of buried tea bags, to collect data on soil conditon. This data will then be interpreted together with the scientists. The primary goal of the project is to raise awareness of soil as a resource.

It is the first such large-scale citizen science project in soil research in Germany. A total of 4,500 campaign kits have been provided, with which 9,000 sites can be investigated.

The soil data collected will be used in national and international research projects on sustainable soil use, and part of the results will be made available for climate modelling. The project is part of the Science Year 2020/21 - Bioeconomy, an initiative of the Federal Ministry of Education and Research (BMBF)."Expedition Earth" is scientifically accompanied by the BonaRes Centre for Soil Research and the Helmholtz Centre for Environmental Research (UFZ).

"The 'Expedition Erdreich' attracted huge interest - I am really thrilled by the great public interest in our soils," explains Federal Research Minister Anja Karliczek. "Healthy soils are of great importance to all of us - for example, for safeguarding our food production and climate protection. With the shift towards a bio-based economy, the bioeconomy, healthy and fertile soils are becoming more and more important. It is crucial that we all understand how to protect them and use them sustainably. This is where the 'Expedition Erdreich' helps. Participants get to know the soil on their own doorstep better. At the same time, through their collected data, they support scientists in recording and assessing the condition of our soils."

At the heart of the action is the so-called Tea Bag Index method, a scientifically recognised procedure for determining the decomposition rate in the soil. For this purpose, plant material, in this case green and rooibos tea, is weighed, buried in the soil for three months and weighed again after it has been dug up. The tea bag index (TBI) can be calculated from the difference in weight between the starting and final weight of the tea bags. Expedition Earth" uses the TBI as an indicator of biological activity in the soil. Since the decomposition rate depends on numerous soil properties, the pH value and soil type, among others, are also examined in addition to the TBI. Participants can later compare their results with those of other participants in the project using a map of Germany on the project website.

Prof. Dr. Hans-Jörg Vogel, coordinator of the BonaRes Centre for Soil Research and head of the Department of Soil Systems Research at the UFZ, is accompanying the project with his team. "In 'Expedition Erdreich', the biological activity in soils is recorded by a relatively simple measurement and that for an extraordinary variety of different sites," he explains. "Through this project, we bring many people closer to the fascinating system of soil and, in the process, get a good overview of the state of soils in Germany based on the numerous 'local' insights. I am curious to see to what extent our expectations about the connection between soil properties, soil use and biological activity will be confirmed. This will give the soil function assessment as well as the modelling of soil processes within the framework of BonaRes a further, valuable basis."