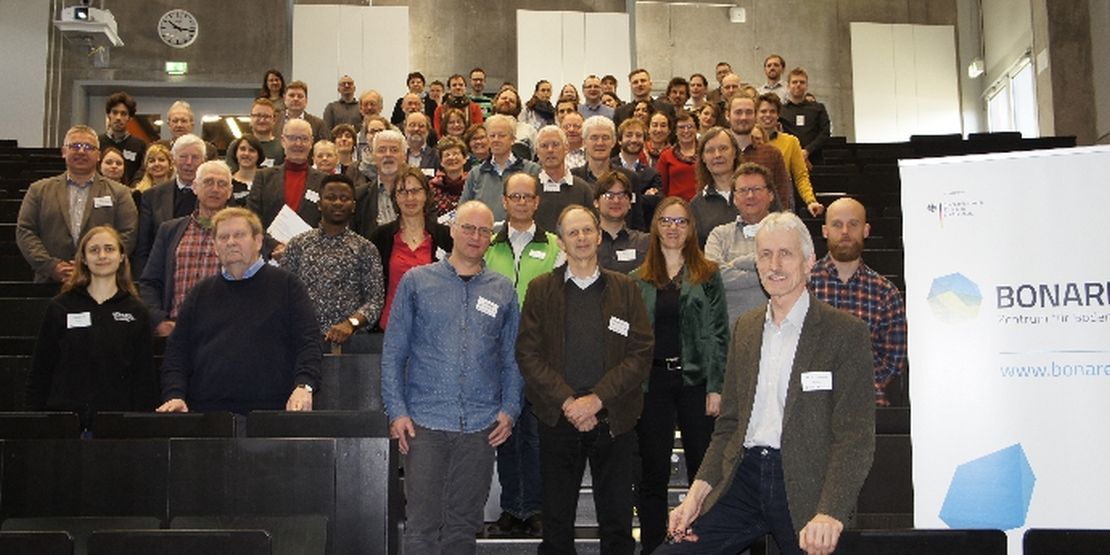 From 18 to 19 March 2019, a meeting on long-term field experiments took place at the Justus Liebig University in Giessen. Organizers were the working group IOSDV (International Organic Nitrogen Fertilization Experiments) and the BonaRes Centre for Soil Research, which is funded by the Federal Ministry of Education and Research. A total of 85 scientists from Germany, Great Britain, Romania, the Czech Republic, Hungary, Austria and Switzerland took part in the conference.

Richard Ostler (Rothamsted Research) presented the ambitious GLTEN project (Global Long-Term Experiments Network) in the first plenary lecture at the beginning of the conference on 18 March. In a second plenary lecture held on the second day by Jochen Mayer (Agroscope Zurich), the conference participants were given an insight into the current results of the DOK experiment (bio-Dynamic, bio-Organic, Conventional), which has been running in Switzerland since 1978. In further lectures, results from the long--term field experiments "IOSDV" were presented, which were set up in 1984 as a test group at 15 locations in Europe under the leadership of JLU Giessen and from which contributions by Sarah Bauke (University of Bonn), Martin Armbruster (LUFA Speyer) and Gabriela Mühlbachova (CRI Prague) were reported. In addition, interesting findings on yield trends and yield stability of crop plants, on the P-dynamics in the soil, on the effect of organic fertilization and the cultivation of legumes as well as on the effects of reduced tillage were presented. Also of interest were the results from the LTFE of organic farming (Gladbacherhof, JLU Gießen) and from the "Eternal Rye Cultivation" in Halle.

Long-term field trials are very well suited to monitor the nitrogen and proton balance in crop rotations, to assess the development of the C content in soil and to develop methods for SOC monitoring. Interesting contributions on these topics were also presented at the LTFE meeting. It also became clear in several contributions that the statistical evaluation of static long-term field experiments places high demands on the test methodology (e.g. coordinated procedure when changing plant species and varieties, choice of plot size, performance of sampling).

In further sections of the conferences, the importance of permanent field experiments for the modelling of plant growth and soil processes and the microbiome in the soil as a function of soil conditions, location and cultivation methods of the plants were reported.

In a lecture from the ZALF Müncheberg (Meike Grosse), the BonaRes data repository was presented and an overview of the long-term field experiments conducted or recorded in Germany was given. This aspect was also the subject of the BonaRes workshop, which was organised and led by the ZALF Müncheberg (Carsten Hoffmann) after the end of the lecture event.

The conference expressed the diversity and importance of the long-term field trials carried out in Germany and other countries. Numerous contacts were made and ideas for cooperation were initiated.

The organizers would like to thank all participants, the moderators of the individual sections and especially the sponsors of the event: BonaRes Centre for Soil Research, sponsored by the Federal Ministry of Education and Research, Förderverein für Agrarwissenschaften, Ökotrophologie und Umweltmanagement as well as the Chair of Crop Production at JLU Gießen).